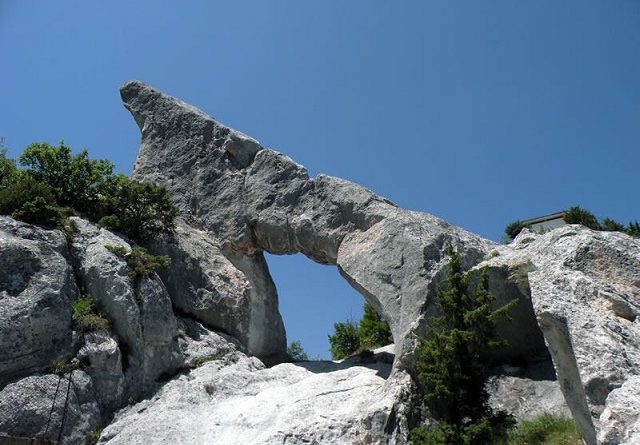 Nicknamed “the balcony of Abruzzo”, Pennapiedimonte is located in the province of Chieti, 669 meters above sea level: from its summit it’s possible to admire the panorama up to the Adriatic Sea, “from Vasto to Ortona”.

Besides being part of the Majella National Park, Pennapiedimonte is also home of the Mountain Community of Maielletta.

Located at the foot of the eastern slope of the Majella, the built-up area of this beautiful village stands out by the rocky material that characterizes the houses, surrounded by a network of narrow alleys, many of which are impassable except on foot.

What to do and what to see 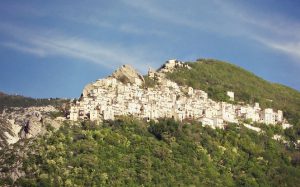 Inside the historical center of the village there are several monuments of interest to the visitor who comes to this place to look for peace and to break the routine.

First of all, the Church of Santi Silvestro and Rocco, which contains a statuette of the Virgin Mary and a crucifix of the fifteenth century, and then proceeding to Piazza Guido Giuliante, where stands the Roman tower, which houses inside the museum of the Italic necropolis.

Deserving of careful visit are also the tombs dating back to the fifth-fourth century BC, discovered in 1982.

Practically the entire village, as said earlier, has been realized through the use of Majella rock, easy to work with.

The works of the stonemasons over the centuries have helped to embellish the architecture of Pennapiedimonte, making it a unique place.

Not far you can reach the viewpoint represented by the locality “Balzolo” where start many trails leading up the mountain.

Here the major attraction for the tourists is the “Cimirocco”

That is a rocky outcrop that resembles the Madonna with the veil on her head and the Child on her knees: a really suggestive similarity.

Right from Balzolo, it’s possible to access the valley of the river Avella, in the Majella National Park. From there you can go up to the Madonna delle Sorgenti and then continue until you reach the Blockhaus.

As regards festivals and events, among the most beautiful things that can be seen in Pennapiedimonte there is undoubtedly the Living Nativity, which takes place among the picturesque alleys of the small village, with more than 20 scenes animated by the inhabitants of Pennapiedimonte and surroundings.

The Basilica of Santa Chiara