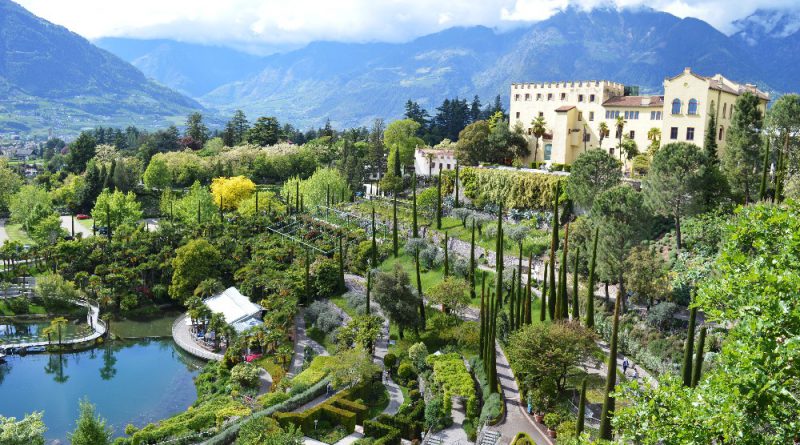 One of the most enchanting mountain resorts in Italy, Merano is a town of about 39,000 inhabitants in Trentino, located at over 320 meters above sea level.

Merano is one of the most popular tourist attractions.

Answer to be sought, first of all, in the geography of the territory.

Set among majestic mountains, not far from the valleys of Venosta, Passiria, Adige and Ultimo,  Merano is a real jewel for winter sports enthusiasts and, in general, for mountain holidays.

The position, decidedly strategic, has meant that Merano gained importance since Roman times.

The presence of a particularly healthy air and a pleasant climate, has also allowed this enchanting town of Trentino to become, since the nineteenth century, a famous tourist destination.

Among the best known visitors are the Prague writer Franz Kafka. But also the German poet Gottfried Benn, Stefan Zweig and the Austrian empress Elisabetta, better known as Princess Sissi.

The castles of Merano

Becoming the capital of the county of Tyrol, Merano was enriched by the construction of dozens of castles of which it is still possible to visit several specimens.

Castles and fortresses dating back to the 10th and 11th centuries. There were numerous noble residences, and in particular among the castles it is good to remember the Princely Castle, Schloss Rubein. 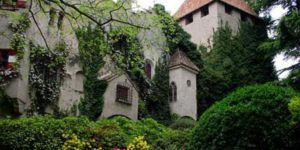 The Princely Castle was the residence of the Princes of Tyrol from 1470, and is among the testimonies of the Merano of the past. Among the most complete and best preserved of South Tyrol, it contains weapons, but also many works of art of the XV-XVI centuries.

The Castle Rubein (pictured) is nestled in a five-hectare park with centuries-old trees, is considered among the most beautiful in South Tyrol.

The virtues of Merano are not limited to the healthy climate.

Not only health and nature, therefore, but also art and culture. It is known by the name of “subtropical Norway”, due to the particularity of the landscapes.

Merano is also known for its culinary tradition that represents a happy mix between Italy and the countries of the German area.

In one of the many typical restaurants located in the heart of the city you can taste gastronomic wonders such as sauerkraut, polenta, luganega, escaped birds, speck and strudel, a sweet filling of raisins, apples and pine nuts.

The city of Trento also offers considerable wealth in terms of hotel facilities.

The range of hotels you can find in Merano varies. It goes from 2 to 5 star hotels.

Among the most sought-after and appreciated accommodations are hotels to go skiing, a true combination of convenience and comfort.