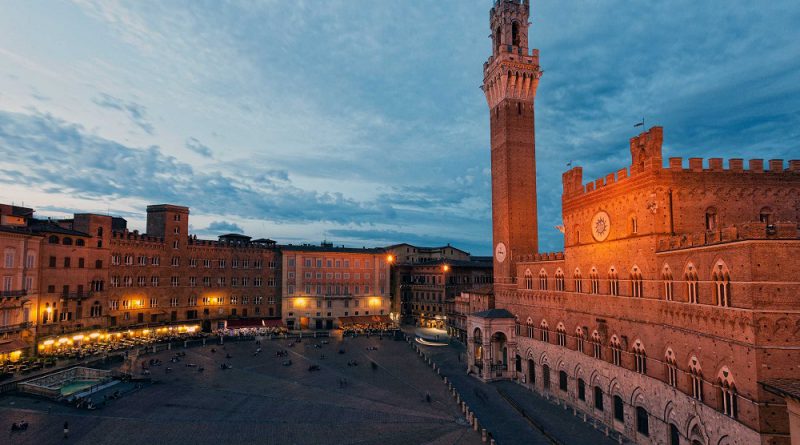 Siena is a city known for its Palio which takes place twice a year during the summer, but it is also one of the most beautiful cities in Italy.

There are many things to visit in this city, and in this guide we will go through the main ones that can not be missed.

What to see in Siena

Here is a list of beauties to see in Siena. 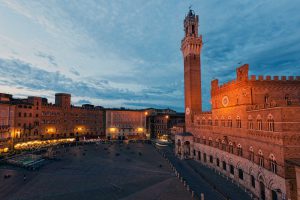 There isn’t a better way to start talking about Siena than presenting the Palio di Siena. It is made in the form of a shell with 9 wedges, a characteristic shape that can only be seen if we climb to the top of the Torre del Mangia.

It represents the symbol of the political power of the city par excellence. All those who have governed the city, since the Government of the Nine of the 1300s to today, have resided in this building.

For its aesthetic beauty and majesty, it is considered to be among the most beautiful buildings in our country.

The tower is 88 meters high, once you see Siena from up there, the show is undoubtedly majestic. The tower is named after the first keeper who controlled it, Giovanni di Duccio, who wasted a lot of money he had earned over the years, that is why he was called ’mangiaguadagni’.

Hence the name Torre del Mangia. Legend has it that at the foot of the tower, during the construction of the monuments, have been buried several coins, these have been signed in Latin and Hebrew so to keep away thunder and storms. 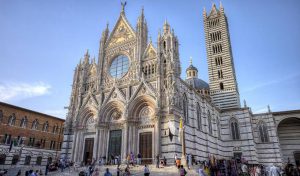 The Duomo: following the path from Piazza del Campo we reach the Duomo of Siena, a church dedicated to Maria Assunta.

Despite the fact that it is incredibly fascinating on the outside, the interior offers even more.

The church has several frescoes made by great painters of the time, one of these Pinturicchio. Inside there is the Piccolomini Chapel, a place where Michelangelo dedicated himself to the construction of 4 statues between 1501 and 1504.

The Baptistery: for a long time, even centuries, was a place of baptism for many Sienese people.

There are many frescoes made by very important painters. One of the beauties shown by this place is undoubtedly the Baptismal Font, located in the center of the Baptistery it is made of bronze and marble.

Outstanding artists such as Lorenzo Ghiberti, Jacopo della Quercia, Giovanni di Turino and Donatello worked on it. The latter worked on the bronze angels that decorate the ciborium.

Here’s what you can find in there:

Siena is not just about monuments. We would suggest you to roam around  the characteristic streets of the districts: it represents a wonderful experience, which can only be understood by visiting it.